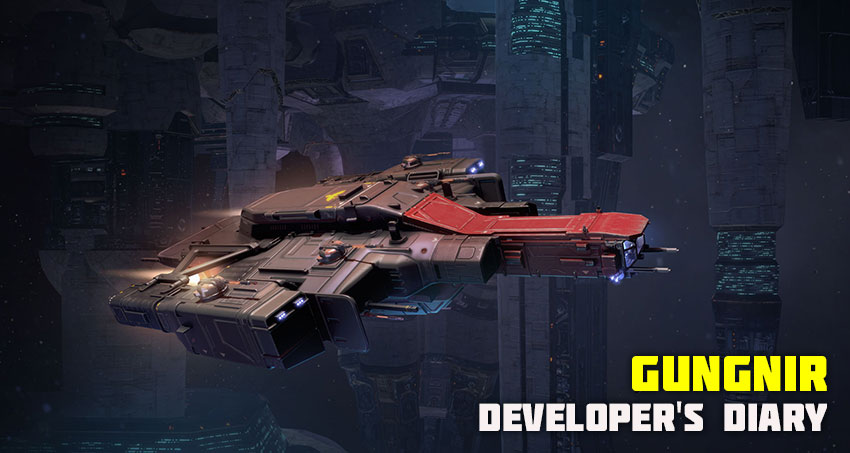 Today we will tell you about the new ship — the Empire long-range frigate Gungnir!

The newest long-range frigate Gungnir just left Sparta shipyard. With excellent characteristics, it has become a great addition to the Imperial fleet.

As we know, Spartan scientists studied the ruins of the Warden outpost in the Felony system for a long time. It was the secret projects of the Order of Emperor that allowed them to complete the development in the shortest possible time. One of the features of Gungnir was the ability to land on various objects for the purpose of firing its disintegrator. This powerful weapon shoots at the target twice and leaves no chance of survival.

However, Sparta's generals decided that Gungnir was perfect for ground operations. Thus, separate detachments of frigates were sent to artillery units and used as heavy weapons to shell enemy fortifications.

Having carried out tests in real battles, Sparta sold blueprints to the UMC, and now mercenaries will be able to test the latest tech.

Gungnir's modern special module allows you to land the ship on the surface while activating the Disintegrator mode. Landing increases hull resistance to all types of damage. After landing, a high-precision beam disintegrator is activated, each shot of which, in addition to the main shot, additionally deals thermal damage to frigates and destroyers.

The ship's thermal weapon fires unstable plasma clots that explode upon contact with the enemy.

Also, the new ship has two active modules, one of which allows you to change the zoom level of your Disintegrator scope, and the other charges the next shot of the Disintegrator, slowing the enemy when hit.