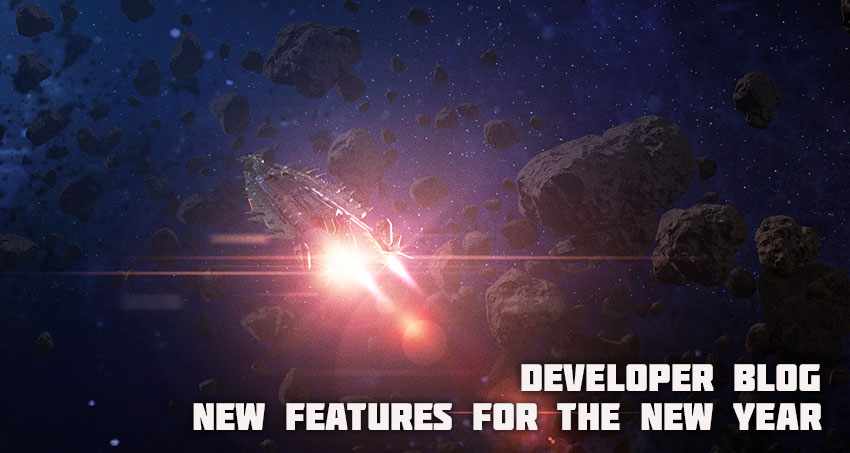 Pilots! We continue to share the latest changes that will appear on the game servers in the upcoming updates. Among them are new, unique events in open space, new maps, modes, and of course, ships!

Today we will tell you about some of the new features that will soon appear in the game!

Very soon the shipyard will be replenished with another new ship of rank 17 - Jericho destroyer Relic.

Relic will be the first of three rank 17 destroyers. A unique feature of the ship is the ability to accumulate damage and return it to the enemy. By activating it, the shield “remembers” the source of damage, its type and its amount, and after a while returns it to the source in the form of a powerful pulse with the same damage as the source.

Another interesting feature of the ship is its unique weapons. Equipping them, Relic turns into a real tank - the weapon is capable of accumulating charge and inflicting destructive pinpoint strikes to the enemy.

It is unknown who is behind the battles in this place. Once you enter the fight club, you will never return the same. There will be no rules in this mode! There is just you. Enemies are all around. Use all available equipment to become the best!

In December, a new pack will be added to the project’s store - the “Winter pack” with a unique ship chained in ice. The ship is capable of “freezing” the enemy. But we decided not to reveal all the features of the new ship and to keep the intrigue until its release. Stay tuned!

New Year’s holidays are a time of rest and entertainment! This is why all pilots will have access to a new, large Battle Pass! 90 unique rewards, including new coatings, resources, decals, decors, a premium ship to choose from, and much more!

New year is coming soon, and as usual, we give presents! During the holidays, all pilots will have access to a new marathon from Miss Frost! More gifts, more interesting tasks and most importantly - this time without the time tricks! Everything will go smoothly, we promise!

Information has been received about a certain scientist who is studying unknown entities in outer space. It is very likely that he will ask pilots for help. We recommend avoiding contact with unknown persons for the sake of your and universal safety!

Most important innovation! The long-awaited weapon for the Tornado ship!

“Mk-3”plasma gun - that’s the name of the most anticipated novelty of this year! This weapon is an improved copy of the “Tracer” plasma gun, developed by the UMC scientists. Compared to its predecessor, the Mk-3 plasma gun has enhanced batteries that allow it to accumulate a bigger charge to deal significant damage to the enemy.

Stay tuned, pilots! The anticipation is almost over!