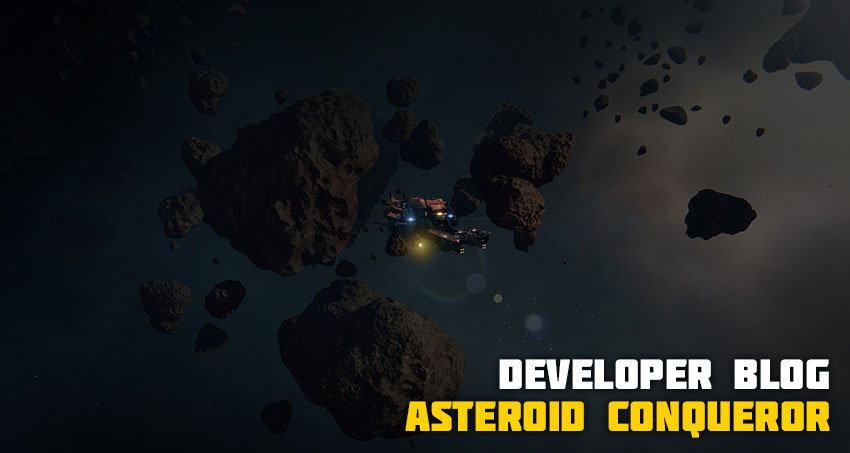 Today we will tell you about the new ship created specifically for conquering the open world - Mole.

With the beginning of the Second Invasion, the UMC leadership decided to create a miner ship so that they would not have problems with resources in the future. A contract for the development was signed with Scott en Cott corporation. It was the Federation scientists who had to create the frigate.

At one stage of development, the CMS joined the project. After providing some equipment for Mole, the corporation ordered a large batch of ships, and then acquired a limited production license.

Upon completion of all works, the first batches of ships were immediately handed over to the UMC. Currently, mercenaries can buy Mole directly from Scott en Cott corporation or through intermediaries at the Center. The corporation’s shipyards have already received large orders from various organizations and it is safe to say that Mole is one of Scott en Cott’s best projects, which allows to receive unprecedented profits.

The ship is equipped with special equipment capable of effectively extracting resources in space.

The special module of the ship is repair drones that restore hull and shields in passive mode. You can also send them to repair your allies.

When interacting with asteroids, the unique weapon significantly reduces the danger of explosion and improves the quality of mining. The proprietary cooling systems are also noticeably better than their combat weapon counterparts. And while the main purpose of the emitter is to mine ores, it can also be used in combat for defense against pirates and other pilots.

The unique module allows you to call a mail drone directly from the ship’s location, with the drone delivering your resources safely to the hangar, directly to your storage!

In addition, the ship has high speed and maneuverability, and its carrying capacity is impressive in its scale! A real miner frigate, which also has an extended range of resource gathering!

The ship will be obtainable during a special resource mining event in the open world. In addition, a special license doubling the resources obtained from asteroids will be available in the official Star Conflict store for the duration of the event!

The wait is almost over! Stay tuned!