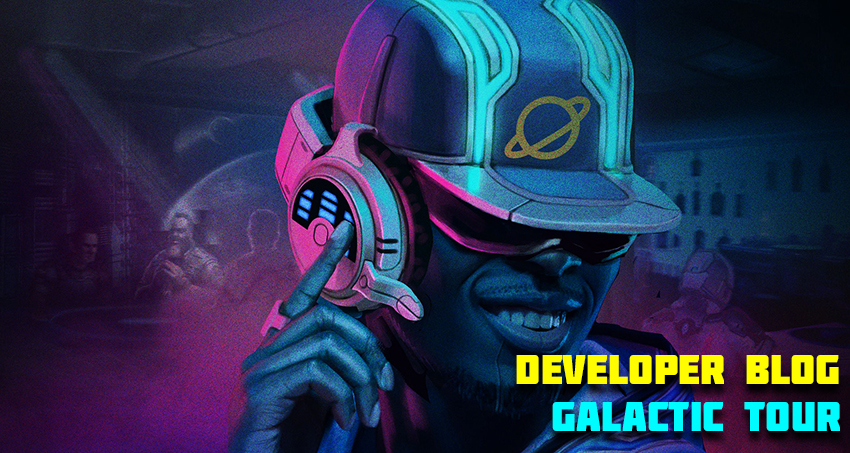 Pilots! We continue to share the latest changes that will appear on the game servers in the upcoming updates. Among them are new, unique events in open space, changes in modes and, of course, ships! DJ Summertime, famous all across the space, will help us to share the details!

Today we will tell you about the new game event “Galactic Tour” and reveal the details about its main reward!

DJ Summertime is pleased to welcome everyone to this party! Forget about space battles — put your ships on the alarm and launch towards the entertainment at our party! No space suits — only hats and glasses! No blasters in your hands — grab a refreshing cocktail instead! Paradise on Fhloston is waiting for you!

What is a “Galactic Tour”?

Actually, it’s the name of my concert tour around the universe. But the UMC guys really liked the name, and now we kind of cooperate under the same slogan. This is a new battle pass with an unusual theme for our universe! One day I came to them, to the UMC department, and I said: “I am ready to arrange a really stunning party for you!” And they were up for it! That’s why I’m here, writing this story, you know! Summer is a time of rest, vacation and entertainment, isn’t it? I have prepared something interesting for you: a new huge battle pass with 80 unique rewards, that will present the main party makers with an atmosphere of entertainment. There are resources, new patterns, stickers, decors, a premium ship (of your choice) and many more interesting things in the summer vibe aesthetics! And the main novelty is the long-awaited empire destroyer of the 17th rank! If we are here to party, let’s party hard! 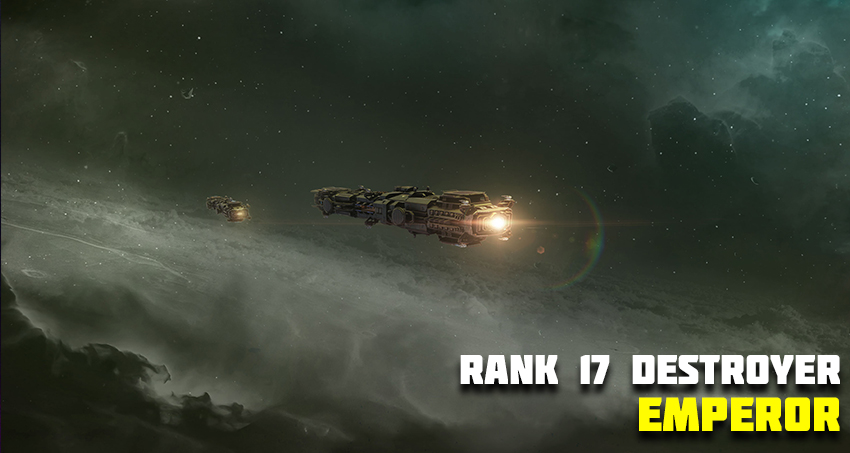 I’m a musician, so I don’t know much about those war toys of yours, but I would definitely use the tune of his shots as a sample for my new hit!

Right, so here’s what I know about it — here we go!

Emperor is the latest destroyer created in the shipyards of the New Empire. Emperor was developed by “Alcor Technology Shipyards”, a large state-owned corporation. The main feature of the destroyer is to support the allied ships by enhancing their weapons, which allows you to break through the enemy defenses, and with the right tactics turns the Emperor into a real fortress. The ship’s newest weapon has no analogues in its class and is a redesigned ADM system, providing an opportunity to effectively strike small-sized targets.

Currently, the destroyer is being actively introduced into the fleet. Production takes place at the shipyards of Skifia and Alcor. As the Guardian-17 station joins the New Empire, a number of destroyers will be sent to the disputed sectors to reinforce imperial positions. Thanks to this reinforcement, the Guardian-17 command plans to clear the sectors of pirates and exert significant pressure on Federation patrol ships.

Recently, a representative of the New Empire contacted UMC command and signed a contract according to which mercenaries will be able to get a new destroyer in their own hands.

I saw that ship! It’s a fortress all right! Just imagine — me and my gang docked with him, and like a mini-dreadnought, we flew to crush enemies. Its key feature is the ability to take up to 4 ships on board. At the same time, the more ships — the more it’s useful to the destroyer, you get it? Like... You sit there, invulnerable and invisible, you shoot more powerful shells than usual, and then your bro sits down next to you, and the two of you are already so strong, but the destroyer is even stronger! That’s amazing! Tired of being chained to a destroyer? Fly away and take the bonuses it gave you!

The cannon... Look what I got from the shipyard!

It’s called Omega or Alpha, or maybe Beta. I don’t remember, all I know is that I’m definitely an Alpha, you get it? Anyway, this thing is a real death machine for those who are trying to get to the destroyer. You want to destroy its engines? Nope — a dozen homing missiles hitting into the hull of your ship will change your plans for sure!

Since I am a VIP, I am sometimes called to all those premiere showcases of these things, and I saw another unique feature of this ship. Here’s a spoiler — the Empire guys added a thing that is not typical for them. Imagine — you’re flying, fighting the bad guys and then... bang! And that's it — you are invisible to enemies and now you (with a big speed bonus) can fly up close and destroy your enemy or escape from enemy fire, in case the evil pirates have already filled your hull with shells.

You remember that I’m a VIP, don’t you? So, they showed me the regulations of one of the upcoming summer parties. Well, let me tell you — it’s going to be awesome. The guys decided to roll out the ships of rank 15 and show how things are done! How long has it been since you’ve seen something like this? Culture mixing, that’s cool, right?

I don’t know exactly what the prize fund is going to be like, but one of the organizers whispered in my ear that it would be noticeably larger than the previous one. It’s like they’re making a new series of items out there, because this... Anger? Nah, Fury! That was already won by the winners. And as for the GS, which we love so much, and especially I (you get it, right?) — they said that they would increase your motivation to move into the next stages and actually play and not just sit among the substitutes. I don’t know for sure when all these events are going to begin, but I think they talked about the end of July. In short, you can assemble a team of 8 people right now and start training.