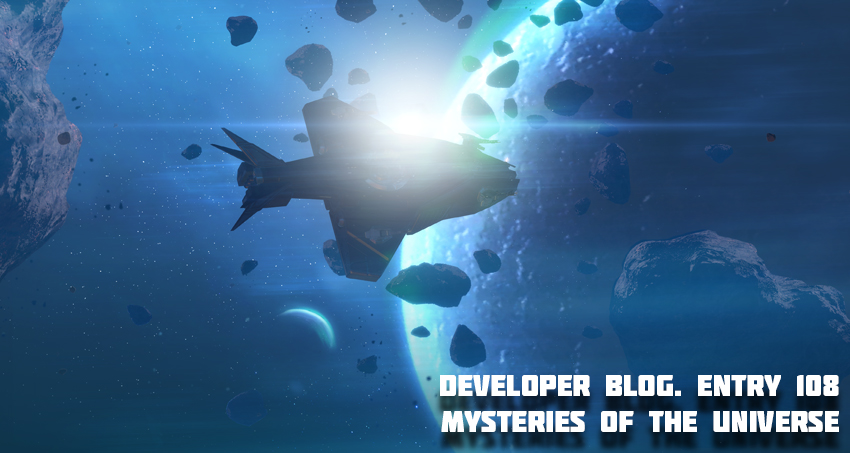 The universe is full of secrets and mysteries. The unknown and the enigmatic... It surrounds us from all sides... And the most mysterious thing in the universe is the secret to the origins of life. Where did we come from? Are we alone in the universe?

We know the answer. In the Star Conflict universe, which we have been exploring with you for almost ten years, we are not alone. There are at least two other intelligent races - Crystallids and Bions, which we call Aliens for short.

After the war with the Aliens, the world lies in ruins. Millions of refugees are struggling to survive among the ruins of the old world. Old states have disappeared. New ones are too weak. But the war doesn’t stop. Survivors fight each other in an attempt to master all the mysteries of the Universe. And this war is just beginning…

We continue to share the latest changes that will appear on the game servers in the upcoming updates. Among them are new modes, events, and of course, ships!

Mysteries of the Universe

In the update 1.10, we plan to reveal a new part of the game’s story, in which players will explore the environment from a new perspective. We want to try to direct the season towards exploring both the old mysteries of our story and finding answers to the old questions that have repeatedly arisen in the game’s lore. By the way, the New Year battle pass will also have a special theme! Another interesting thing is that next year we will try to reduce the gaps between the battle passes and create more content that is going to fill those gaps.

After the pirate base was attacked by the New Empire, it was partially destroyed. Scientists trapped at the station ask for help and immediate evacuation. Doctor Le Vasseur, responsible for building and fortifying many of Artuga bases, is especially valuable. The doctor is convinced that the pirates would rather bury their secrets in deep space than rescue the scientists. That’s why he is afraid for his life. Mercenaries will have to provide assistance in the evacuation. Can you handle this mission?

Albireo is the latest destroyer of the Fort shipyard. The technologies of Spiral were used while creating this ship. However, the undocking method has been redesigned, as it is impossible to destroy the abandoned hull due to the large number of the ship’s crew members. The main components of the destroyer are disguised and the command staff is provided with a manoeuvrable interceptor. The ship’s laser weapons are excellent for destroying any kind of enemy targets. Albireo has now entered mass production. The Armada command has already signed a contract for the supply of several hundred ships. After the ship passes various military tests, an additional production contract will be signed for the needs of the fleet.

Thanks to the contract between the UMC and the Fort shipyard, mercenaries will soon be able to get Albireo at their disposal.

In battle, Albireo launches a special torpedo. When it explodes, it disintegrates into a multitude of drones. As long as no one is in range, the drones are in a sleeping state, but once the enemy appears, they are able to pursue it on their own.

All pilots participating in the “Mysteries of the Universe” event will be able to get this ship.

The exact origin of Thor is unknown. According to rumours, the fighter was developed by the scientists of Martian laboratories before the First Invasion and was later transferred to the Inquisition. The ship’s existence was kept secret for a long time until the blueprints of Thor were received by the New Empire in 4621.

Soon the imperial pilots tested the ship in combat. AK-107 Thor squadrons carried out swift strikes against pirate bases, destroying superior marauding forces. The excellent combination of weapons, active modules and the ISES-13T onboard system makes this fighter a dangerous opponent in any battle.

Currently, with the permission of the Inquisition, the New Empire is preparing Thor for mass production. The UMC mercenaries will be able to get a weakened version of the fighter under a special contract.

A unique feature of the Thor ship is its ability to create a beam that creates an explosion at its end, striking enemies within a certain radius.

The ship’s unique weapon works like Thor’s hammer - you will be able to send a projectile at the enemy and in case of a hit it will return to you charged for some time. A charged projectile deals more damage and has an increased firing range.

As always, all pilots will receive special New Year’s sets, hangars will be decorated with New Year’s ornaments and Miss Frost’s task marathon will be available we enter 2022!