Today we continue to acquaint you with the plot detail. Earlier, we talked briefly about the main events in the game universe, which occurred during the open beta and the ‘First Season’. Today we want to share what’s going to happen next. After all, we are standing on the threshold of the ‘Second season’.

The war with Aliens reached a new level. Some locations are completely destroyed. Major hubs are blocked by the advancing enemy. But even in this chaos, people manage to survive. 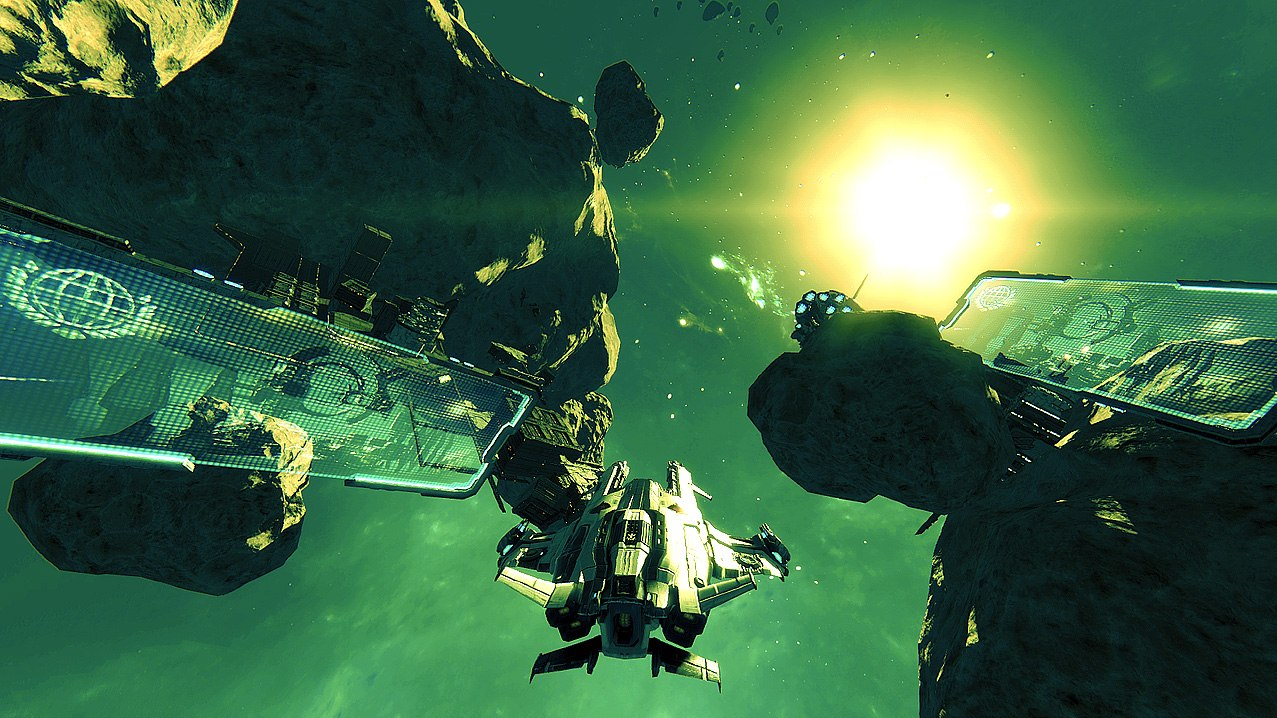 Exploring the use of Iridium has allowed mankind to create new engines that allow small ships to travel through the warp gates over very long distances without any consequences. Previously, in order to get to the disputed territory, the mercenaries had to travel by cargo barges or dreadnoughts. Now the disputed territories can be traversed by any mercenary on his ship.

Features of the new engine, new applications and prospects impressed corporations so much that mercenaries are now being sent to the contested territory for clean-up and search for artifacts. Hunt for Iridium has begun.

At the same time a new threat to mankind was discovered. Cybers are now on the Alien side. In some locations they left mysterious beacons, apparently made ​​with Alien tech, whose purpose is yet unknown. Corporations began to place risky contracts for the study of Cyber beacons.

And the invasion was under way. Mercenaries encountered entirely new Alien ships that destroyed entire squads of elite soldiers in a few seconds. In some locations there were sightings of new structures similar to portals. There are indications that these structures were also built by Cybers.

Ambitious mercenaries were able to move beyond the portals. It turns out they lead to Alien worlds. Whatever they found there shocked mercenaries... Political situation also changed significantly. Old World Order collapsed. The dominant forces of the Empire, the Federation and Jericho started rapidly losing their influence in the border sectors. They continue to cling to power, despite the fact that part of the sector has been destroyed. Mercenary corporations step forward as a new force on the ruins of the old world. They have the money and the real military power.

Study of the use of Iridium and new tech discoveries allowed corporations to start thinking about building their own dreadnoughts. The local administration, that in fact is no longer able to defend the border sectors is also pushing for this. They are prepared to leave sector protection at the mercy of corporations in exchange for ensuring uninterrupted supply of raw materials and products with state-owned mines and factories.

According to some information from race intelligence, corporations are going to significantly upgrade the regular dreadnought models and use new modules and weapons built using Alien technology.

Panic among the races during the active phase of the Invasion allowed corporations to use bribery, threats, and in some places industrial espionage to get their hands on a large number of research of advanced Alien technology. This greatly increased the power of existing fleets and will strengthen them even more, after the completion of dreadnought construction.

Corporations will inevitably start a fierce battle for sector control using the threat of Alien invasion as an additional element of intimidation and influence. In fact, Aliens are not defeated. The invasion is not stopped. Aliens only temporarily retreated and hid. They left behind destroyed territories and mysterious portals spawning ruthless biomorphs.

We still do not understand the logic of the Aliens and their motives. Who are they? Why fight with people? Never write off the main human races. Yes, they lost their former power, but are still strong enough and organized. They will have their say in the fight for control of the border sectors and Precursor heritage.