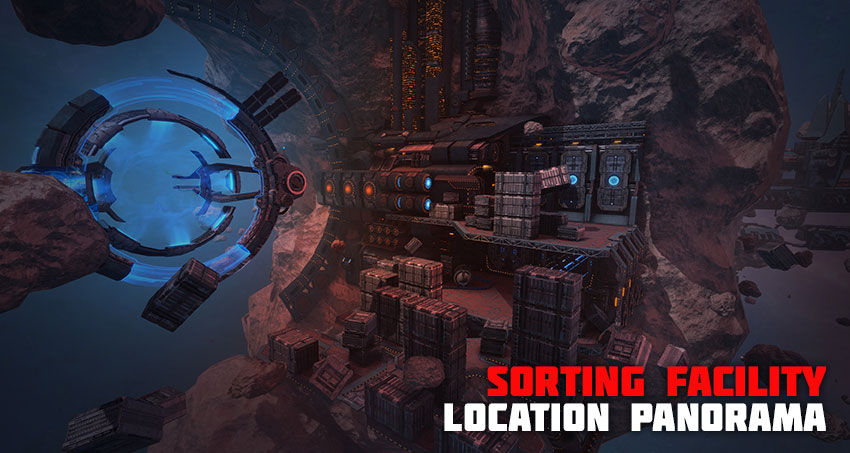 During the expansion of Jericho into the Pallas system, many rich in ore asteroids were discovered in neighboring systems.Development began almost immediately after the construction of the station “Mendes-IX”, and it continues to this day. In order to cope with the processing of large quantities of ore, an autonomous sorting facility was built in the fringe Mezza system. The facility’s location allowed to deliver processed ore to all Jericho systems as fast as possible.

Regular Cyber raids forced the command of Jericho to organize a more serious defense of the facility, but it also could not withstand the pressure of the first wave of alien invasion. When the main Alien forces retreated, the Cybers quickly occupied the deserted and relatively intact sorting facility. But later they left the system, actually abandoning it.

Recently, it turned out that the AI “Ariadne” paid an unusual attention to the Mezza system. Its largest node, the sorting facility, owned by Techs, is now under its full control and is guarded by the latest generation of combat AI. And the Sentinels don’t like it.