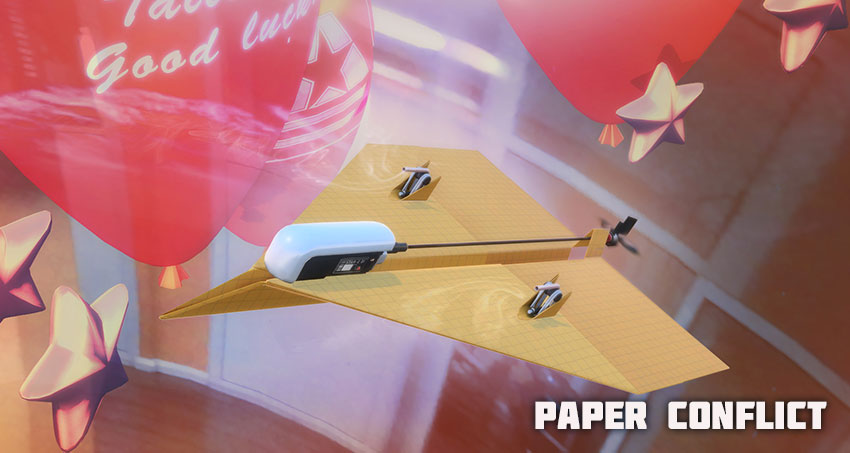 The light from the hangar filled a small cosy laboratory, in which, stuck in a handheld dashboard, a middle-aged man sat. The cool coffee with dirty traces on the mug made it clear to everyone who could notice the man that he has been sitting idly for several hours.

- Yes! Done! Ha, perfect! - the man almost yelled - All that remains is to wait until the rendering process is over and that's it!

The screen shows the atmosphere of chaos. The one in which he created this chaos, accurately conveying his surroundings. Every corner of the room on the screen was familiar to him, and exactly conveyed the room in which he himself was.

“Yes, even in our time the tech should be allowed to think. It seems that we will never achieve the ideal.” - said the man twisting the sketches into strange origami.

Once a second, the frame on the screen changed, increasingly illuminating the chaos and showing the creator the result. After a few minutes of waiting, the man's room in the smallest detail was available to anyone who wanted to immerse themselves in it.

“Finally!” - after launching the folded plane from the sketches, the man reached for the helmet, allowing him to fully immerse himself in the created simulation, but his eyes caught the paper plane soaring in the air and circling each element of the created mess.

“Wait a minute...” said the man, frozen. After laying down his helmet, he sat down again at his panel.

A couple of hours later, there was a whole mountain of paper planes around him. He sat in a helmet, and the screen was still showing the same mess, between which, overcoming strange obstacles, floating like a real one, was a paper interceptor.

So you're seriously suggesting that we train people in the simulation that your simulation created?

If I was able to create myself so precise that I wanted to create another self, then why are you afraid of it? Admit it, it's quite humane! Simulations with paper interceptors look much safer than the actual combat conditions for which we train pilots.