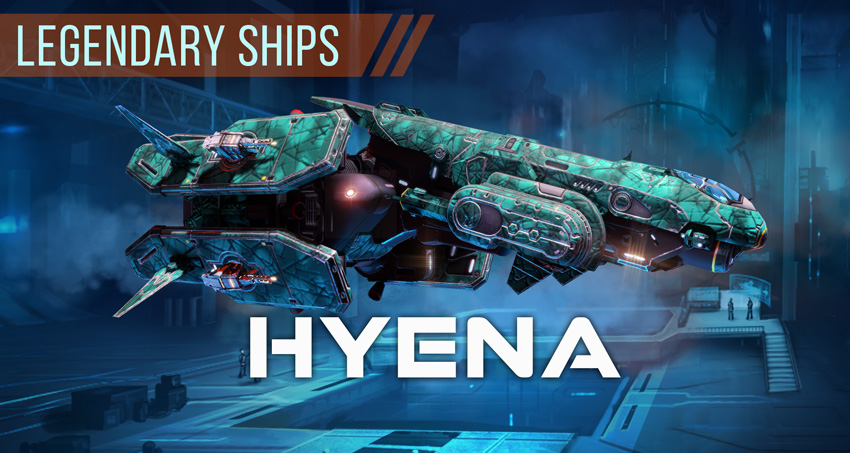 The first SeC-9 “Wolf” fighters to enter the Alien world were not effective enough for short-term battles in such difficult conditions, and the Scott en Cott company decided to create a completely new ship. In a short time, the engineers of the corporation adapted the latest technologies and electronic equipment, replacing all the insides of the old fighter. By 4615, the SeC-15 “Hyena” was ready.

The first detachments of the tacklers were sent to Vanguard fleets and later sold to mercenaries. The first missions using this ship were exclusively scientific, but it's also in them that “Hyena” showed its superiority. When activating the ODG “Mantis”, the onboard computer redistributes energy costs, reducing its losses and increasing the efficiency of engines.

In addition, manufacturers began to cover the ship with a “camouflage” paint, which makes the fighter less visible against the background of Alien crystals. And the use of developments in Alien technologies allowed to further strengthen the protection of the ship. In addition, the GR-67 combat unit, based on the same crystallid technologies, improves the efficiency of tackler modules.

Currently, the ship is used by private research corporations and mercenaries, often using them in large battles.