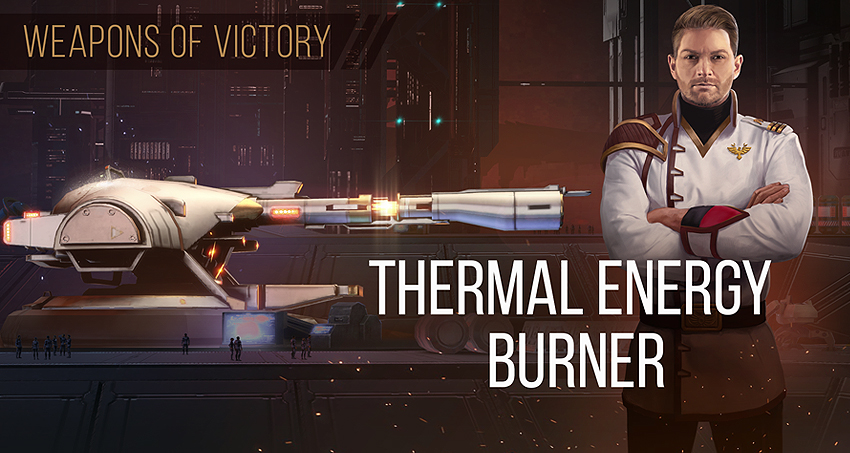 To keep up with competitors, the Emperor of the Northern Empire decided to develop new weapons for the fleet. For a long time, scientists were unable to advance in research, so one of the groups was executed. Eventually, the Northern Empire Security Council kidnapped one of the leading designers of the New Empire as he headed to the capital. Using his family as hostages, they forced him to work. As soon as possible, the engineer developed the "Thermal energy burner". The weapon's name spoke for itself. Critical hits burned the enemy's power unit, reducing the energy supply. However, constant firing heats the guns greatly, reducing the rate of fire and accuracy. The fate of the scientist is unknown, but when the project was done, several factories completely switched to manufacturing the thermal energy burner for Aura and Prometheus X. Later, the blueprints were sold to the UMC.

From a UMC major's report

A few hours ago, we received blueprints of new weapons from representatives of the Northern Empire. It's a thermal weapon capable of burning energy. But we were interested in something else. We noticed hidden strings in some of the blueprints. Apparently, Augustus Lerk, the engineer of the New Empire, was engaged in the development. Remarkably, a few months ago, he disappeared, as did his entire family. We recommend to contact the station Guardian-17 and report this. As a last resort, the Northern Empire is unlikely to hurt us.