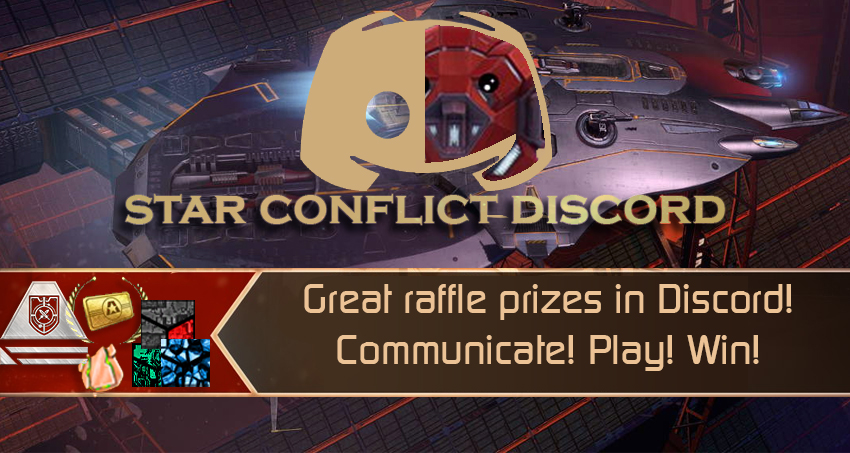 Pilots! The official Discord Star Conflict server has undergone changes! We have improved the structure of channels and roles, implemented your requests and reopened the channel with questions from the developers! Now you can more conveniently use the server together with other pilots, find friends, corporations, play and just chat!

But that's not all! In honor of the server change, we launched a raffle! Communicate, level up and compete for unique rewards!

Each level 5 will open a new channel for You. Among the participants who received access to these channels will be drawn:

That is, if you get level 20 - you can participate in all the draws at once!But that's not all!

When summarizing the results, the most active user based on the results of a set of points will also get a choice of coverage at their disposal*!

Scoring takes place until July 30! After that, the accrual system is turned off. The results are summed up on July 31. Rather, increase your level on the server!

*You can choose from any coating, except those that were in the battle passes and coatings "Golden dragon, armor steel, Golden tiger and Matte ultraviolet, as well as coatings of the "Defenders" series and those that were added to new DLC over the past year.