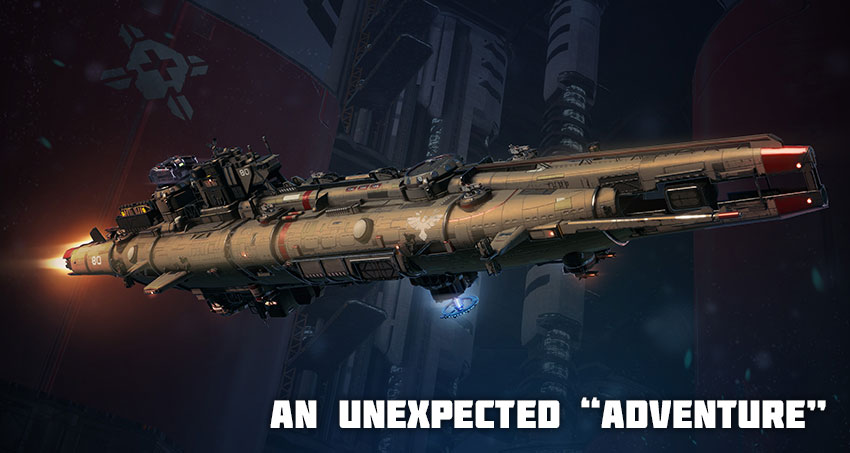 “... Another meeting with a new pirate toy was even stranger than the one with “Happy”. This time they drove it straight to the iridium mines! We patrolled as usual, spotted an imperial-built ship, and took it for one of our own. It did not answer any requests, flew along its trajectory.”

“... When the scouts tried to fly up to him, it didn't react much either. At first we thought that we had scared another poor fellow, but that was not the case. As soon as the scouts entered its target area, they were literally thrown back by a “repulsive beam” ... ”

“ ... The beam is really improved - we began to flutter, as if from a gravel wave, and it activated it quite often. Wow, even the imperial fighters switched to the pirates’ side. Such actions are vile and despicable, so the decision to destroy the destroyer seemed the right one to us.”

“... “It doesn’t let us get close, we'll attack it from a distance,” - that’s what we thought. It does sound logical, right? We began to attack under the cover of snipers. It didn’t seem difficult to remove the shield, but after the first barrages, the destroyer teleported our sniper to itself ... "

" ... And also the weapons... The designs of these destroyers are so twisted. Can you imagine — this one had a mortar! The mortar was standing! It fired at our squad and scattered them all over!… "

" ... Having removed the shield, we began picking its hull. But it wasn’t so simple. Drones. Repair drones! They literally “sewed up” its holes, so we had to strike them first ... "

“... The worst thing about it was getting hit by a Pyro - emitter. It’s too times more powerful than the ones that we are used to ... We lost two fighters because of it... “

“ ... Despite the fact that this ship has worked us up pretty good, we managed to defeat it, but with great effort. I told everything I remember about it, and next I'll tell you about the rest - if I survive, of course!…”