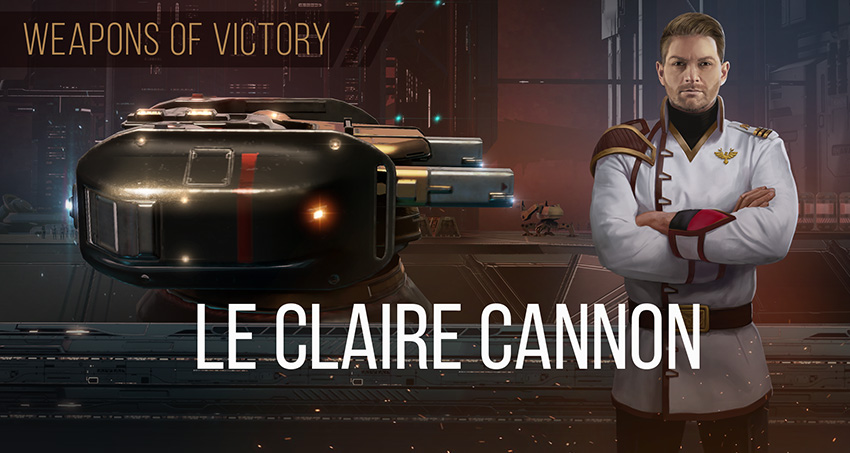 During one of the operations to study the ruins of the Warden outpost, the Sparta squad had to conduct a ground operation in one of the warehouse buildings. As a result, the scouts managed to find a sealed container with the designation of the Martian laboratories. After breaking through one of the walls, the container was removed. By that time, transport with an escort had already arrived in the sector.

Later, scientists were able to open the container and find a weapon prototype with blueprints in it. After a short refinement, Le Claire cannon was ready and the command decided to install the weapon on Gungnir.

From the report of Sparta’s chief engineer

We examined this weapon and all the blueprints. Undoubtedly, this is the development of the Martian laboratories, as evidenced by the numerous electronic signatures. Unfortunately, this is only a prototype, and we cannot assess the potential of the weapon.

Refinement completed. Le Claire cannon is a thermal shotgun that fires alternately from two barrels. We recommend installing this gun on the latest defense frigate.

Currently this weapon is only available for the “Gungnir” ship.