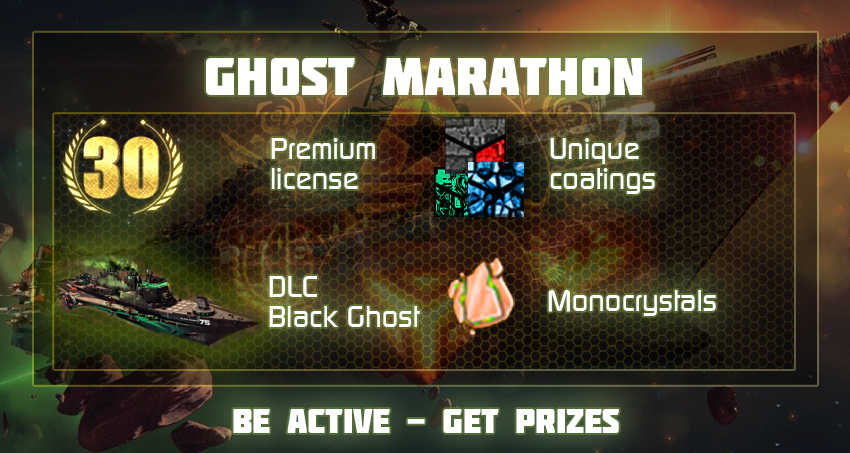 Pilots! Ghosts are on the official Discord server! Lots of terrible things are happening on the server! Biomorphs have infected our channels and now you are being infected too! The most active users are exposed to it even more, but it makes them even better!

We are announcing a ghost marathon on the server! Chat via text and voice channels, level up and compete for unique rewards! After all, the more activity, the better the prizes!

Every 5th level a new channel will open for you. Among the participants who have gained access to these channels will be drawn:

That is, if you get level 20, you can participate in all the drawings at once!

But there is more! When summarizing the results, the user who was the most active according to the results will also receive a Coating of his choice*!

Points are collected until October 29! After that, the accrual system is turned off. The results will be announced on October 30.

Hurry to the server to raise your level!

* You can choose any coating, except for those that were in the battle passes and the following coatings : "Golden Dragon", "Plate Steel", "Golden Tiger" and "Matte Ultraviolet", as well as coatings of the "Defenders" series and those that have been added to new DLCs over the past year.