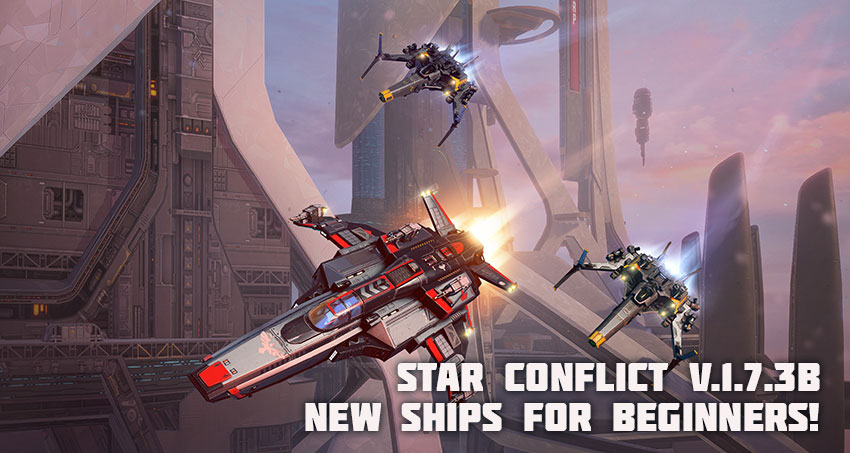 A special bonus for everyone who buys the bundle - Premium license for 7 days!

The new interceptor is based on one of the first developments of the company, namely Swift. As a result of many modifications, only the ship's hull remained the same. The main novelty is the modified plasma web. The “Wasp” plasma web is launched from close range at several enemy ships simultaneously. The updated engines have significantly reduced energy consumption for overcharge.

A special bonus for everyone who buys the bundle - Premium license for 7 days!

The GK-4 Dainsleif attack fighter is an experimental pilot training ship. The first batch of these ships entered the ranks of the Steel Legion shortly before the First Invasion and are currently operated by the Legion soldiers.

Imperial engineers made the main bet on the ship’s improved special module. Forcing SEF systems has a reduced recharge time. Additionally, the ship's thrusters were modified.