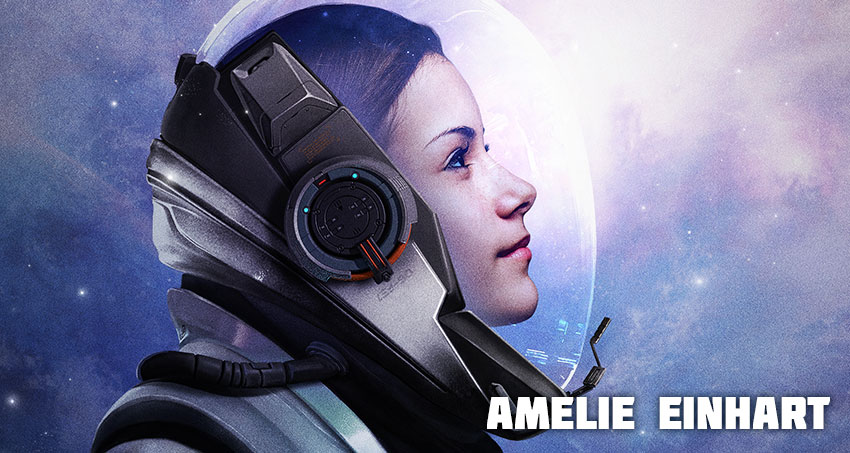 “Never interrupt someone doing what you said couldn’t be done.” - the last thing Amelie said before leaving the Milky Way.

As part of a team of enthusiasts, she was the only one, and the first woman, to leave the borders of our galaxy. At the beginning of the XXXII century, under the eyes of the whole world, throwing aside all thoughts about the consequences of failure, Amelie makes the most important warp jump in history.

Everything lasted no more than 10 minutes, but this is what can be called the first step towards the beginning of space expansion. Afterwards, Amelie led a signal search team, in the process discovering and confirming the presence of primitive life forms on several planets.

Warp jump technology has evolved, scaled-down replicas have appeared, and now warp has become an everyday occurrence. But even in our time, in the dashboard of many pilots, Amelie’s image serves as an icon that carries the very meaning of conquering the impossible that she laid down in space exploration, and to which she devoted her short, earthly life.