Star Conflict opens the door to the universe!

Name of the System: Pandora 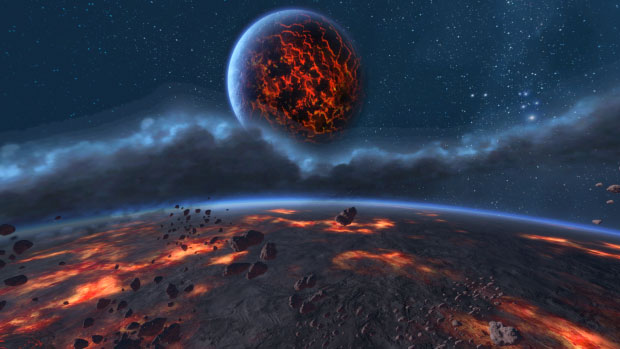 In former times Pandora used to be the center of the same named single star system. Diversity of detritus orbiting the star, indicates that it was surrounded by at least eight planets. There are loads of mechanisms created by an ancient race of the Precursors on its orbit.


Center of Pandora is a confirmation of the enormous power of the Precursors. Mankind has only arisen, but they had already turned this star into a generator. Thousands of years Pandora supplied the Precursors energy for their experiments.


The surface of this celestial body is covered with lava-like liquid substance, which is nothing but a hood, that keeps the energy inside the star and does not allow to spend it glowing.


The radioactive background of the star is non-congeneric, there are some places where it is very high and places where the radiation almost absents. A characteristic feature of last ones – quite a strong distortion of space-time. Ships entering the zone of low radiation disappear. Talking about high radiation zones, those are studied even less - any technique that gets on the periphery of such zone fails immediately. Outside the Pandora system, such phenomena are not recorded.


Pandora got its name after a sharp statement made by an officer Federation: "Mark my words - our politicians shouldn't have made us dig in this damned ruins. This hole system is the devil Pandora's box!" (One of his echelons dissapeares while exploring the asteroid belt of the star).

Wallpapers "Pandora" for your desktop