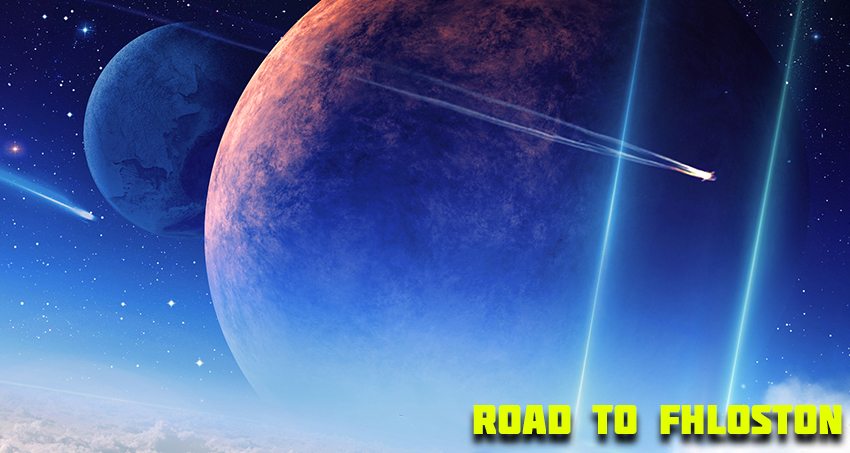 Endless battles, contracts, trade. This is terribly exhausting. Georg winced, remembering yesterday’s battle with the pirates, in which he almost lost his ship. But all this was in the past — today he repaired his Lion and installed a trophy singularity generator on it. He packed his things and took a ticket for a flight to Floston-3, one of the most popular worlds among the UMC mercenaries. Georg’s face showed a smile: it feels good to fly away for a vacation.

Georg calmly went through the customs procedure and the transportation of weapons security check, slowly climbed aboard the ship and sat down in a comfortable, premium-class armchair. A drone flew up to him and offered to order a meal. Having looked through the menu with his eyes, the mercenary refused and threw the chair back slightly.

The dispatcher’s voice announced: “The course is successfully set. In one minute, the ship will enter the warp. We recommend that you fasten your seat belts. For any questions, please contact our “Ariadne” flight attendant.

Georg got a little uncomfortable — he was involved in cleaning up the aftermath of Ariadne getting out of control. For a moment, the mercenary even thought that the cunning AI was chuckling into his speaker. The speaker was indeed wheezing, but not because of Ariadne. The device was slightly damaged.

Finally, a minute has passed, and the side screen, imitating the space view, went out for a moment, creating impenetrable darkness in the interior. A few seconds later, the void was filled with a view of stars, distant galaxies and, of course, the Galaxy milestones, pulsars and cepheids.

After another couple of minutes, normal lighting turned on, and the drone offered Georg the menu again. After thinking for a minute, Georg ordered himself lunch. The mercenary checked his personal mail, created templates for replies to a couple of letters. There was not much to do, since during the warp there is no normal connection with most of the web services. Having watched “The Last Ronin” and “Legend 4617”, Georg decided to browse through the galactic news: recruitment into the Armada, restoring communications with part of the worlds cut off by a portal storm, evacuating the Doomed Flotilla, a new brainchild of engineers...

Yes, it’s the usual: the entire Galaxy is stressed, and it needs rest. Georg also needs rest, because even a mercenary must sometimes allow himself to just sleep. That’s what he did. When Georg wakes up, he will be approaching a fabulous place, which few people have ever seen.