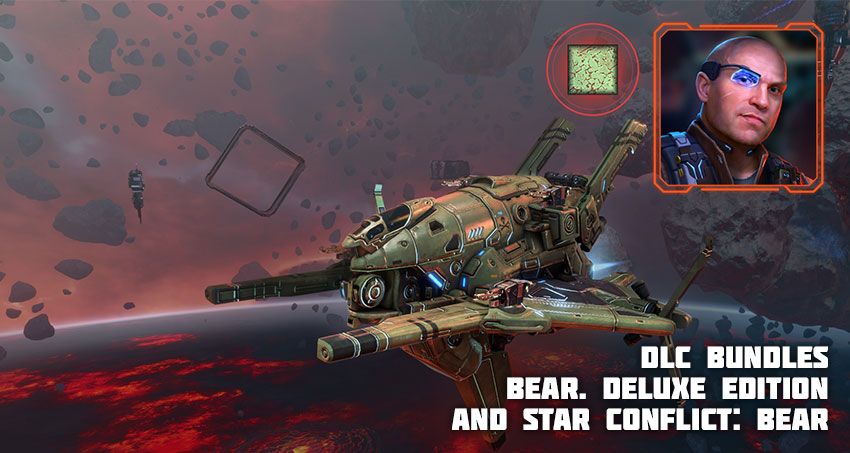 The “Bear” tackler was developed by Scott en Cott in 4600 for the needs of the Vanguard and security services of different corporations. Later it also became available for purchase by UMC mercenaries.

SeC-50 is significantly superior to its military counterpart due to an improved power supply system. A unique radio-electronic equipment complex also contributes to the effective use of the fighter. Numerous advantages helped the tackler to pass the tests in the elite units of the Vanguard. It was the Bear pilots who managed to find the first artifacts of the Precursors, and the first successful massive deployment of the ship occurred during the battles for the Abandoned Outpost.

The Bear is now widely used by mercenaries during reconnaissance missions and elimination contracts. As of late 4622, the fighter is undergoing an official upgrade under the supervision of its manufacturer, Scott en Cott. The interior equipment upgrade will further enhance the ship’s performance and unlock access to previously unavailable weapons.